If life in Sarita Vihar has one problem, it is the scarcity of restaurants in the vicinity. There are dhabas and tiny take-away 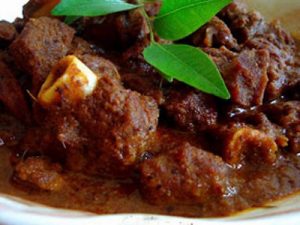 restaurants in each market, but restaurants? Dear me, no! Which is why Capital Curry next door in Jasola is a welcome addition to the landscape. Small but fairly well-appointed, it is about the only place in Live In Style Mall to have air-conditioning at the moment. Most Indian joints have menus that do not vary from one to the other at all, but that is where Capital Curry wins: it really does try to make a difference.

Kakori Kebab (Rs 175) is a fairly pleasant rendering of the Lucknow favourite: it is not the best, mind you, but for a general impression of this classic at a reasonable price, it is not bad. Gilafi Seekh Kebab (Rs 190) is a masterful attempt to create a new product, being covered with dice of bell peppers and tomatoes that form the gilaf or covering of the kebab, which is subtly flavoured with nutmeg. I would definitely go back for this version. 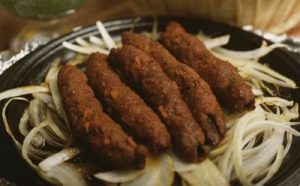 The best dish in Capital Curry has to be the Kurkure Bhindi (Rs 135). How they manage to make it so light and crisp, with not a drop of extra oil is a mystery; there doesn’t appear to be cornflour on it which would have given it extra crispness. This version is the best I’ve come across anywhere. I wish the restaurant would do something similar with other vegetables as well.

In contrast, although Dal Ghosht (Rs 195) was an innovative addition to the menu, it wasn’t one of their stars. It is a hearty dish that ought to be seen more often on restaurant menus but isn’t. The best versions of dal ghosht are where the dal remains whole, yet is packed with the flavour of the meat. Capital Curry’s version, alas, gave the impression that the two elements were cooked separately and combined a la minute.

That is why their Dal Fry (Rs 95) scores: a much more pleasant item than the done-to-death Dal Makhni, it had loads of garlic and was a home-style dish that was simple at the same time. This element is something that should be exploited by more North Indian restaurants: not everyone wants heavy, rich food just because they are eating at an Indian restaurant.

Mutton Rarha Ghosht (Rs 210) suffered from the same ailment as the Dal Ghosht: the two elements tasted as if they had been put together two minutes ago, whereas the best dhabas sauté the mince and lamb pieces together for ages, so that one becomes a natural part of the other.