Go to Cyber Hub in Gurgaon, walk down the Singapore look-alike walkway with restaurants and cafes on either side, settle down in Sodabottleopenerwala for a Berry Pulao and Tamota Papeta Per Eeda (eggs poached on a bed of tomato and potato). You will have experienced two of the strongest food trends of 2014.

The first one is the opening up of large tranches of land on which to set up entertainment projects. In the National Capital Region itself, Epicuria in Nehru Place and Cyber Hub in Gurgaon are a mere indication of things to come. The ‘not quite a mall, not quite a high street’ format is likely to be the biggest game changer in the new year. It is refreshing to note that Epicuria has thrown up surprising new heroes: Sona Sweets and Kerala Express. It has also killed some large brand names. Which ones? Ha ha. Go to the food court and you’ll see for yourself. The second major trend is likely to be everyone’s whipping boy: desi cuisine. For long, it has been ignored and worse, maligned as being too rich, heavy and unhealthy. However, all one billion of us have the trademark melange of spice blends too deep in our DNA to make the switch from karivadagam to hummus without a struggle. The dichotomy arises when all the imported cuisines have to be tweaked to the local palate, inured as we are to a diet of spices awash in a gravy, yet genuine Indian restaurants, especially regional ones, remained resolutely under the radar because of the trend quotient.

Sodabottleopenerwala is a retro look at a Parsi café. Because of the dwindling of numbers in the Parsi community, it is a certainty that the cuisine is on its way out. To pair it with a quaint café with equal elements of the new and the old was to give a regional Indian cuisine an amusing association. Indian food has many associations, but amusing has never been one of them. Besides that, a chef of Indian origin, currently outside the country, wants to open a restaurant with chaat as the concept. Not any old chaat, mind, but to divulge any more details would be to spoil the game for him. Another high-profile chef wants to inject life into the mithai segment, with mithai cafes in a few key locations.

First we had Wasabi by Morimoto; then came Megu, Arola and Le Cirque, now is the chance of Akira Back to win new customers. With hotels opening so rapidly (think Delhi’s Aerocity), the third trend is that the differentiator will be the food and beverage offerings, which in turn will hinge on celebrity chefs lending their name to hip eateries that showcase their food, with minor tweaks to the local palate. For example, with the highest percentage of vegetarianism anywhere in the world in India, how can an international restaurant not take cognizance? Usually what has happened in all these examples is that the local kitchen tries out some vegetarian recipes, gets the approval of the eponymous chef and places it on the menu. One happy fallout is that the vegetarian offerings usually make it to the restaurant’s other branches as well! In the toffee-nosed world of impossible-to-please chefs running top of the line restaurants, this is no mean achievement. 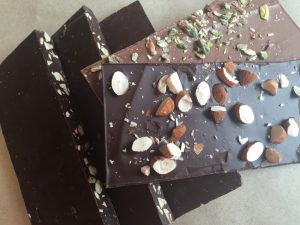 The fourth trend is the so far murky world of vegetable and meat suppliers is going to become more streamlined. While we may still be a few years away from DOP and AOC classifications that Europe has for its celebrated ingredients, bananas from a certain farm in the north east of Kerala and turmeric from Salem in Tamil Nadu will come into their own. They will be sought after with the stamp of approval of chefs like Manish Mehrotra, Vineet Bhatia and Gaggan Anand, which will lead them to command a premium. On the principle that nothing succeeds like success, enough farmers and market gardeners will jump into the fray to find their names on restaurant menus in the same way that, say, Roast Restaurant in London’s Borough Market does. Noma in Denmark managed to inject some vitality into the suppliers there. Tiny beginnings have been made here as well.

Finally, that great catalyst of social change, television, has entered our kitchens too. After Mahabharata, Hum Log and Saas bhi Kabhi Bahu thi, we have Masterchef Australia as our new drug. Even as the country pores over the travails of popular contestants and unreasonable judges, we learn about new presentations and ingredients. Add that to our travelling overseas and rather than the shoes and bags that we used to fill our suitcases with, it’s now the turn of Ras al Hanout from Morocco, kanzuri peppers from Japan and canned razor clams from Spain that we sneak past customs.

State of the Art in Kashmir
December 22, 2020
Recent Articles
Categories
Go to Top