These are a few of my favourite things

You are here:
Food 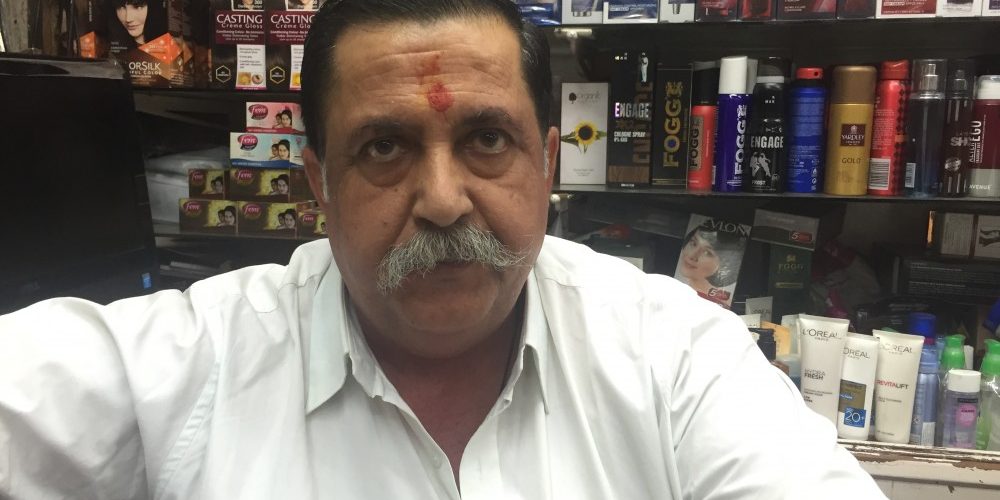 This is not a recommendation of the best in Delhi: it is just my private list, one that I have carried along from childhood/adolescence/young adulthood. So, all the places have been around at the very least since 1980! 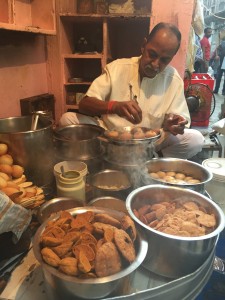 1. Bom Bay Bhelpuri, Sundernagar (at the corner of the park). Shri Bhajan Lal and his son man this stall from around 11 am to 11 pm. They know each customer, so if you’re a regular, you don’t have to tell them whether you want bhelpuri, sevpuri or jhal muri – they know it already! Sign language is enough.

2. Padam Chaat, Kinari Bazar, Chandni Chowk, towards Maliwada. Another father and son combine. Titoo is friendly enough, but Padam is a legend and a true artiste. Forget about kalmi bada etc and go for the bhalla papdi.

3. For a ghee-laden vegetarian thali, dahi bhalla made the old-fashioned way or superb, firm paneer cutlets that hold their shape in the seeming absence of maida, nothing beats Vega at Alka Hotel. I love that the waiters are indifferent and I love
that the first spoonful of every dish is offered to the deity as bhog. Tinny film music from the 1940s and uncomfortable seats have me hooked for life.

4. Depaul’s cold coffee. The identical flavour that it was when I was in college. In the mid 1970s. The crowd has changed (not for the better); the metal partitions around the market have become more and more grim; the stalls selling kitsch have overflowed. Only the coffee remains unchanged.

5. For my chola bhatura fix, I head to Kwality’s. The portions shrink periodically. The prices soar with each visit. Only the bhaturas are as gigantic as they always were and the chana still drenched in ghee and that tantalizing hint of anardana.

6. The best pakodas in Delhi are just off Ring Road at Naoroji Nagar. No name, no telephone number, no menu. The old man keeps frying whatever vegetables are in season in a crisp batter and the crowds keep jostling to be served first. If you know a friend with a driver, attach yourself to him/her and ask the driver to jostle for tinda or kamal kakdi pakodas.

7. I have been visiting United Coffee House since the early ’80s for cona coffee and cheese balls. There’s no cona coffee any more ~ it’s too old-fashioned even for UCH. But the cheese balls are as light and fluffy as they always were. 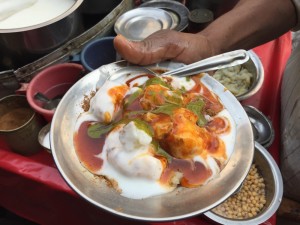 8. Embassy Restaurant has been a family haunt since the mid 1960s. The decor has changed radically, but the menu is undisturbed. There still is hors d’oeuvres for two, murgh mussallam ~ possibly the first fusion dish in the history of Delhi ~ and kidney on toast at tea-time. For a nostalgia kick, you can’t go wrong.

9. My favourite sandwiches are in Novelty Dairy, behind Jangpura Post Office, off the roundabout. The late owner had made the back of a general merchant store into a cafe with uncomfortable stools and sandwiches: cheese, chicken salami and tuna. His son, Bhaiyya, has made sure that the bread is always fresh, and the filling always generous. The only thing they are notoriously stingy about is the delicious green chutney.

10. The restaurant I have been ‘patronizing’ since the age of 5 is Moti Mahal, Daryaganj. It is largely the same as it was in those
days. I hope that it never changes. During my lifetime at least. The food has seen better days, but the tandoori chicken is as juicy
as it always was.